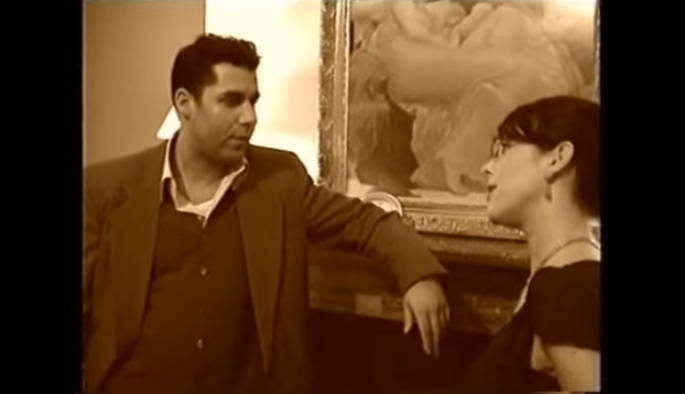 Next Sunday will mark the 27th anniversary of Leonardo Sciascia’s death (January 8, 1921 – November 20, 1989). Sciascia, was a Sicilian writer, novelist, essayist, playwright and politician. Some of his works have been made into films, including Open Doors (1990), Cadaveri Eccellenti (1976) and Il giorno della civetta (1968). Together with Luigi Pirandello Sciascia represents an icon in Italian as well as in world literature.
A few years ago the editor of this online magazine wrote a play in English based on one of Sciascia’s short stories from the Collection “Il mare colore del vino”. The title of the play is “Parlour Game” as a translation of the short story’s original title “Gioco di Società”.
The story line, with two main characters, is a typical theme of the well-known detective story style which characterized Sciascia’s work.
The play, acted by two well-known actors, was filmed the author  himself, who is now pleased to present it to his readers.