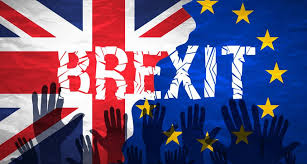 There are serious ramblings amongst the British people pointing at demanding a final ballot on any UK exit deal, and marches have already been organized in London to that effect. The persistent lack of clarity on what the British government really want from Brexit, was bound to generate such reaction. The whole affair is like plasticine, which squeezed from one end bulges out from the other.
In the meantime Theresa May keeps painting a glowing future for Britain, promising billions to this or the other sector from savings Britain will make for not paying its hefty dues to the EU once it is out of the EU even on a no-deal departure.
What the British should do is demand a re-run of the Brexit referendum.