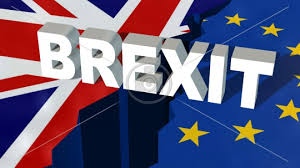 William Shakespeare would have had a field day in writing his comedy of errors after watching the Brexit political scenario. It’s a kind of a Kafkan narrative or like a boat which is taking water from all sides.
Firstly there is the internal Westminster political bickering which sees the Tories split into factions from those who think that no deal is better than a bad deal (dream on!), to those who support May’s “soft “ Brexit plan and those in the Labour Party who should keep their mouths shut as they forget only too easily that should their party have taken an active role at the time of the Brexit referendum, in line with their supposed policy to protect jobs, perhaps Brexit wouldn’t have passed.
Then we have the never ending negotiation merry-go-round between May and the EU which last week suffered a major setback when May’s plan was bluntly rejected by the EU and the PM in n. 10 had no other alternative than expressing disgust at a press conference at the way the EU had treated her. Inevitably, in this debacle, the Northern Ireland case has become more than anyone can chew. The contradiction in terms inherent in this issue is that on the one hand Northern Ireland as well as the Republic would want no border, hence free movement of goods and people. This is equivalent to remaining in the Customs Union which is exactly what the EU are prepared to concede to. On the other hand this is precisely what May is against as it would dent the integrity of the United Kingdom, a position presumably shared by the Unionists in the North who would give their right arm to be part of the UK.
Apart from the fact that a free trade arrangement does not necessarily impact on political identities, this seems to be the classic case of wanting the cake and eating it!
Concetto La Malfa